Summer was intense this year.

Because William will be going to the same school as Matthew starting September 1st and because he believes his brother is some kind of a god, I thought it would be a good idea to take him out of daycare in June and have him go to summer camp with his big brother.

My decision was based on the thinking that it would help him get used to being in the same place as Matthew but not “with him” because, summer camp groups the kids according to their respective age.

I was so glad I did.

Although he is a bright kid and understood what was going on, emotions would take over when time came for them to go their separate ways after having been together for 2 hours.

I should say that because I work, I had to put them in daycare from 7am to 9am (at the summer camp). Daycare did not have age grouping.

Anyways, William would freak every time he would get separated from his brother which is, in the morning and at lunch (because all groups were to eat together at lunch time).

He would burst into tears or worst, he would punch and kick. That is how upset he would get.

Finally, things settled down and he got used to the routine.

I have to tip my hat to Matthew that did everything he could to support William. What an amazing big brother he is. I even received praises from monitors concerning his behaviour.

The weekends were crazy too. When I had the kids, I made sure we had as many activities as possible. So we kept really really busy.

I have a very personal theory that says, kids should have as much fun as possible during summer break. They work hard at school and Mat is always bringing very good grades home. He also has martial arts classes twice a week that he works hard at. So summer to me equals, fun for the kids.

But now that summer is over, it’s time for both of them to be off to school and for me to hit the crazy traffic jams again.

So all the shopping is done which was neither a small nor inexpensive task, but there was also the “meet your son’s teachers (they each have 2) days”.

Eric and I agreed we would split that task. Normally it would all be done on the same day but, because Willy is starting kindergarten (not returning to school for a new year like Matthew), the school teachers and principal wanted to make sure they would give us all the correct information.

I love this school because, they are amazing in their way to make sure they communicate with us but mostly, they are extremely concerned with the children’s education, safety and well being.

There was just one little problem with the “meet the teachers day” for kindergarten concept, they forgot that for some parents, this wasn’t their first child attending school.

So here I am, leaving work from downtown Montreal at 10am (when I had arrived there at 8am) to make sure I make it to school with William for 11:15am, since that is the appointment time I had.

But, because I left William at the school’s daycare that day (special treatment they let me have because I have an older son there that would show him the ropes), I had to pick him up at mini-golf (daycare activity for that day) and drive us to school.

Now that would be fine if, when at school I didn’t spend an hour and a half hearing about things I already knew about since Mat goes to the same school and has done the kindergarten thing before.

Once over, I had to bring William back to mini-golf and go back to work.

But that is just an example of the crazy last few weeks I had.

School is officially starting again on Tuesday and I can’t wait to get our little routine back in place. 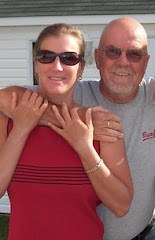 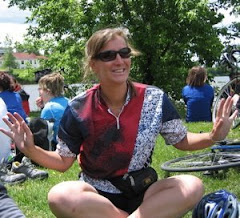